About 8 min
On This Page

Do you worry about paying a VPS per month or per quarter? Now, you can pay per hour, Below are some Hourly Billing VPS we collected for you. Hourly VPS Servers are set so that the VPS provider only bills you for the hour(s) that a service is in your possession.

This way you have the freedom to have a VPS for just as long as you need it and not have to pay for it any longer than that. You will be billed hourly for each VPS until it reaches its monthly cap.

DigitalOcean is a specialist provider.

DigitalOcean is a specialist provider best suited to developers who want to deploy affordable cloud infrastructure. If you're a novice user who needs a lot of support, or if you need to cancel a trial or ask for a refund, then problems start to arise. Like any web host, it has pros and cons, so as long as you know what you're getting into, you'll do just fine.

MivoCloud is a Moldovan hosting provider. 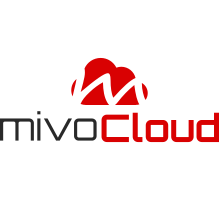 MivoCloud is a Moldovan hosting service provider specializing in shared hosting, VPS hosting, cloud hosting, dedicated server, and CMS hosting. It has great potential, but there is still a long way to go.

Linode, an American VPS provider founded in 2003, is based in New Jersey.

# 1. What is Cloud VPS hourly billing?

VPS hourly billing refers to charging by the hour when a virtual private server is used. This is a convenient way to pay for server use since you only pay for the time you use the server. However, it is important to make sure that you are aware of the hourly rate that you will be charged, as this can vary depending on the provider.

VPS hourly billing is a billing type that allows you to pay VPS by the hour. This is useful if you only need to use VPS for a short period, or if you want to be able to scale it up or down as needed. With virtual servers per hour billing, you only pay for the number of hours you use and can use VPS as needed.

# 3. What are the benefits of charging Cloud VPS by the hour?

# 4. What are the disadvantages of Cloud VPS hourly billing?

Hourly VPS billing may be a good option for those who need the flexibility of a pay-as-you-go model. However, there are some downsides to consider before signing up for this type of billing.

First, hourly billing can be more expensive than other types of billing, such as monthly or yearly.

Second, if you use more resources than you expected, your bill could end up being much higher than expected. Finally, if you cancel your VPS service before the end of the billing cycle, you may be charged for the remaining hours.

Hourly VPS billing may be a good option for those who need the flexibility and convenience it offers. However, before switching, make sure it meets your needs. Otherwise, you may end up paying more than you need